It takes a lot of work to get the glowing Ferris Wheel spinning, just like it takes work setting up the Ye Old Mill, grooming competition livestock, making the thousands of funnel cakes and cheese curds and keeping the fairgrounds a clean environment for families to enjoy. But most people don’t think about the countless hours and dedication it takes to produce the stunning entries that you see at the Kansas State Fair.

The fair shuts down the fryers and closes down the buildings on September 14th, so make sure that your family heads in soon to have some fun. Between Ye Old Mill rides and attending concerts, be sure to head to the competition buildings to take in the work that your fellow Kansans have put into their entries. Kansas Wheat sponsors several contests at the fair, including Wheat Photography in the Oz Gallery, Bread Sculpting in Domestic Arts and the Wheat Variety Plot 4-H award in the Education Building.

The 2019 Kansas 4-H wheat plot variety display winners were announced in the Showcase Building during the Kansas State Fair in Hutchinson.  Participants plant and raise five varieties of wheat, and then create an educational display to showcase their wheat production and accomplishments. This year’s winner was Jacob Bell of Hugoton, with Maddy Nichepor of Ness City, Ryan Meyers of Minneapolis, and Truman Hooker of Goodland rounding out second, third and fourth places respectively. 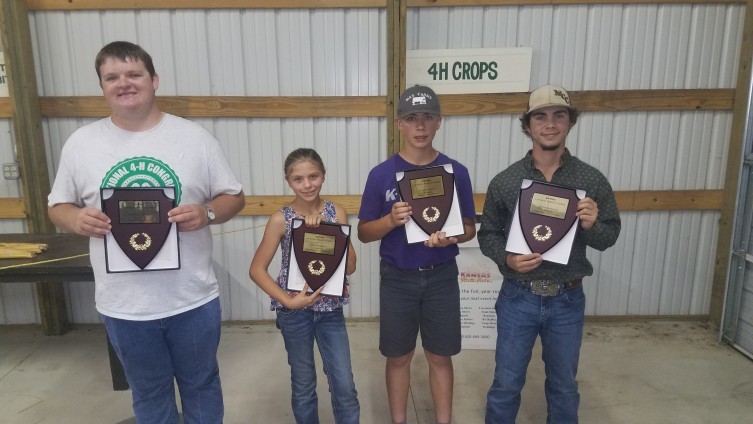 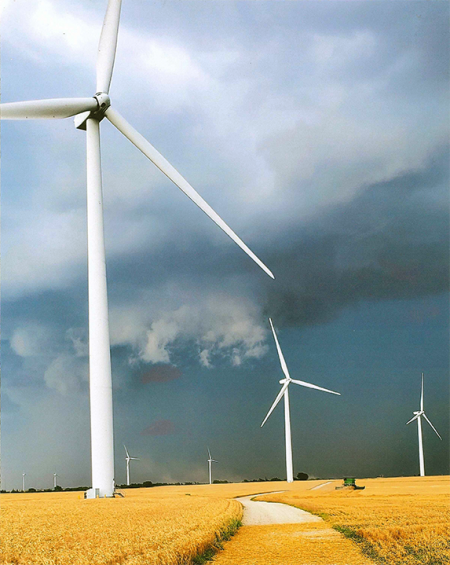 Participants’ keen eyes for beauty were put on full display in the Wheat Photography Contest. From the tiny miracles of newly emerged wheat to picturesque views of local elevators, these contestants documented the full reality of the wheat’s life cycle and made it beautiful art. This year’s top winner was Scott Wiemeyer of Cheney, with his photo, "Calm before the storm." 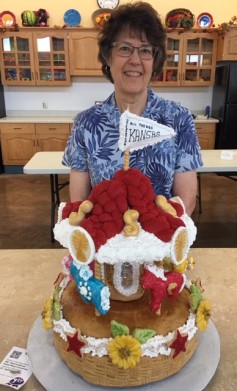 The Bread Sculpture contest was another rounding success with Wilma Olds of Wilson taking home the champion prize. Her creation featured a carousel crafted entirely out of bread and icing that even turned like its real-life inspiration!

Kansas Wheat hosted a special tribute to the wheat industry in the Pride of Kansas Building during the entirety of the Kansas State Fair. This year’s booth celebrated the National Festival of Breads, which is sponsored biennially by the Kansas Wheat Commission, King Arthur Flour and Red Star Yeast.

The Kansas Wheat booth showcased the success of the June 2019 event, which included a Kansas farm tour for the eight contest finalists from all around the nation, baking workshops and demonstrations, bread sculpture displays and much more. More than 3,500 people from at least 29 states and five countries attended the event that highlights Kansas wheat and the farmers that produce it.

The Kansas Wheat booth, located in the Pride of Kansas building, would not have been possible without the hard work of the Speak for Wheat Spokespersons and Kansas Wheat Commissioners. These hard-working individuals worked both at the Kansas Wheat booth, as well as Agriland, the educational area sponsored in part by Kansas Wheat. Those who volunteered for the events included Kathy and Bob Walsten, Janice Gates, Deb Kruse, Kristin Hoffman, Kyler Millershaski, David Radenberg, Scott Van Allen, Ann Kuhlman, Derek Sawyer, Jay Warner, Ron and Shirley Suppes, Taylor Flowers, Cricket Turley, Jean Ann Troutt, Steve and Linda Korthanke, Ann Domsch, Carol Ann Flock, Kris Wallace and Jessica Blake. Another thanks goes to the Wamego FCCLA chapter who also volunteered at the Agriland exhibit and helped to share the story of food with the thousands of families that came through the experience.