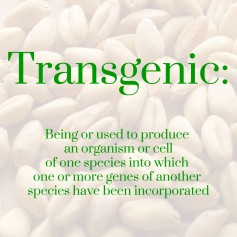 If temperatures are too hot in May and June, farmers could lose more than layers. During this critical grain filling stage, extreme temperatures can lead to shriveled kernels and yield loss.

One gene may be the answer. Dr. Harold Trick, plant pathologist at Kansas State University, and Dr. Allan Fritz, KSU wheat breeder, are working on a transgenic wheat that would tolerate warmer temperatures during this plant development stage. Their research is funded by Kansas wheat farmers. With just a single added gene to boost thermo-tolerance, this wheat could increase yields by up to 35 percent.

As the grain begins to fill, it accumulates starch. This starch will account for 75 to 85 percent of the grain’s dry weight, making it an important part of farmer’s final test weight. That starch is converted from sucrose by the enzyme soluble starch synthase (SSS). Trick explained that this enzyme appears to be particularly sensitive to elevated temperatures. At warm temperatures, the protein starts to denature, which causes a shriveled kernel.

Dr. Trick and his team sought out a way to increase the wheat plant’s tolerance to these higher than optimal temperatures. They started with rice, a tropical plant grown at higher temperatures that also has grain that fills. They found a single SSS gene that provides more thermo-tolerance when added into the genome. This genetic addition acts as a backup generator for grain fill, taking over starch conversion only when the original wheat protein has maxed out. The result is a steady 30 to 35 percent yield increase.

The team is finding even more durable genes in other plant species, including a gene from grapes that is even more heat stable and still demonstrates a 25 to 35 percent yield increase. This gene shows the best yield increase at temperatures of 29.5 to 32.3 degrees Celsius (85 to 90 degrees Fahrenheit).

With patents filed for these traits, Trick and Fritz are now working to cross this thermo-tolerance into elite wheat varieties that have their own heat tolerance potential. The goal is to amplify the synergistic effect of doubling down on heat tolerance.

Because no genetically modified wheat is currently in the U.S. supply chain, this heat tolerant wheat will eventually need a sponsor that can take it through the strenuous and extensive regulatory process before it can be commercialized and be planted by Kansas farmers.

“We want the technology in hand and validated so when genetically modified wheat is allowed to be grown, the product is there for companies who see its value,” said Trick.

In the meantime, Trick’s team will continue to gather as much data as possible on traits like heat tolerance as well as finding even better genes to help boost production for Kansas wheat farmers.