Farmers need to tell their own story about how they produce food on their farms. This is one of the messages that Judi Adams, president of the Wheat Foods Council, shared with participants at the Women Managing the Farm Conference in Manhattan, Kansas, on February 5.

"It's really important that farmers get out in front of the public and tell them what they do and how they raise their crops. And, that they're people just like the rest of us, and they have children and grandchildren and they're not going to do anything that's going to hurt anybody's health,” Adams said. “They're growing wonderful, healthy products and they need to be telling people that, because there so much suspicion about our food supply in the United States, and we know it's the best food in the entire world and probably the cheapest in the entire world and we forget to be thankful for it.

Adams continued, "I think it's only in America and some of the more developed countries in Europe that can actually be picky about the food they eat. Most of the world is just happy to get food and happy to get calories, so farmers need to be telling their own story."

Adams shared nutrition information with the 250 women ag producers in the audience. By giving sound, scientific information, Adams equipped the attendees with the knowledge they need to address concerns about the nutritional benefits of the foods they produce and the safety of food production.

Specifically, she spoke about the nutritional benefits of grains, including wheat.

"Now, you hear a lot of anecdotal things that wheat’s not healthy, and that's exactly what they are -- they're anecdotal. They're not research, and people need to start looking at the science when they talk and hear about grains, because grains are very good for them. We're not eating enough whole grains, and we should be eating more."

The Women Managing the Farm conference is held annually. In an industry traditionally dominated by men, women have a strong and growing presence in U.S. agriculture. In fact, more and more women are choosing to own and manage their own farms. At the 2015 Women Managing the Farm Conference, the ultimate goal was to provide women with the tools they need to remain sustainable.

Attendees also had the opportunity to tour the KSU Grain Science complex on February 4 and share joint sessions with the Kansas Commodity Classic on February 6. 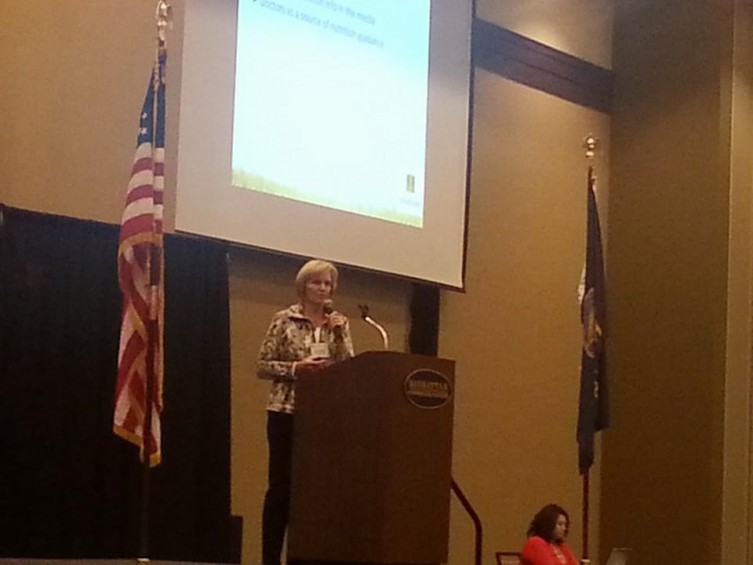