Widespread rain and thunderstorms across the state at the end of last week and over the weekend kept many farmers out of their fields. Areas in southwest Kansas – where they needed it the most – received less rainfall than other areas of the state, and they were headed back into the fields on Monday afternoon.

Chip Redmond, manager of Kansas Mesonet, a system of weather stations across the state that detect and record weather data, discussed the scattered rainfall that Kansas received over the past several days.

He said some areas in central Kansas, like Ness, Hodgman and Russell counties, received up to 5-7” of rain, but a lot of areas that really needed the rainfall, such as eastern Kansas and southwest Kansas, didn’t get much.

Redmond said in terms of severe weather, wind was the biggest story. There were countless wind reports, especially in the corridor from Barton to Stafford counties, with strong winds up to 80 miles per hour. There were a few hail reports in Lincoln, Russell and Gove counties of up to 1-1 ½” in diameter and up to 3” in diameter in Ellsworth County. An isolated tornado report just north of Hoxie was considered a landspout and caused little damage.

Forecasts call for additional scattered showers this week, but high temperatures in the 90s. Wheat harvest will be delayed for several days in central Kansas but will likely resume quickly in western and eastern Kansas. 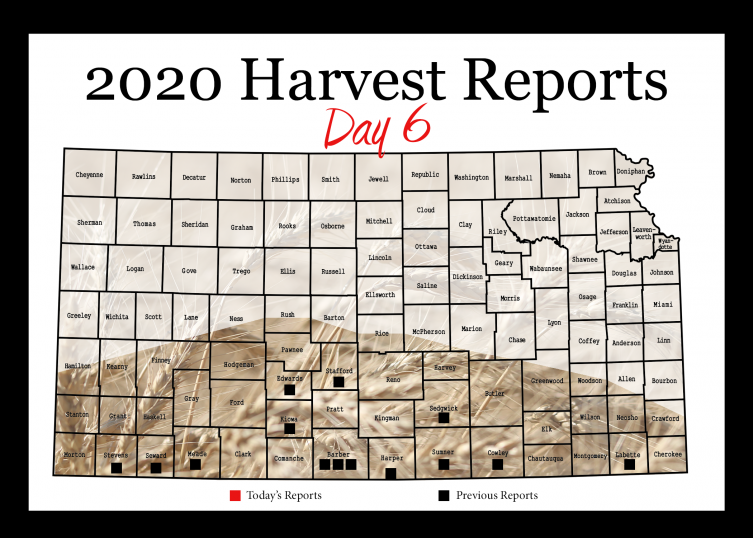