With scattered rain showers streaking through Kansas, farmers are not only cutting wheat when they can, but also dedicating manpower to spraying wheat stubble to address weed emergence.

Harvest is stop-and-go in northern Barton County for Dean Stoskopf, due to random sprinkles and equipment trouble. Despite the delay, results near Hoisington are better than expected with yields ranging from 40 to 65 bushels per acre.

John Hildebrand was all but 50 acres done with harvest before getting rained out on Saturday night near Stafford. Yields are far lower than average due to the tremendously dry growing season, but higher than initially estimated due to five or six inches of rain that arrived in June. Test weights remain good with the lowest at 59 pounds per bushel up to 63.8 pounds per bushel.

“Harvest is a little better than expected, but we weren’t expecting much,” Hildebrand said. “We may have not great stands, but what stands we did have filled out and had heavy berries.”

Hildebrand said Bob Dole, a variety developed by Kansas State University and released by AgriPro/Syngenta, was a stand-out, due to its taller height. In some years, a taller wheat variety could be a hindrance, but in this dry year when a lot of wheat was extremely short, it was a blessing.

Paul Penner, who farms near Hillsboro in Marion County, didn’t get rained out over the weekend and continued plugging away on the combine. His harvest results this year were dictated by more than moisture conditions, as uncontrolled volunteer wheat in the area spread Wheat Streak Mosaic Virus (WSMV) across boundaries.

“It’s a mixed bag this year,” Penner said. “We’ve got some wheat that is doing pretty good — for this dry year — and the rest of it is poor due to WSMV.”

Syngenta’s SY Monument is performing well in wheat planted into soybean stubble, but Penner and his neighbors are disappointed with the susceptibility of other varieties to WSMV. They are watching research programs carefully for new varieties adapted to their region with better resistance packages and asking their friends and neighbors to pay close attention to controlling volunteer wheat this fall. 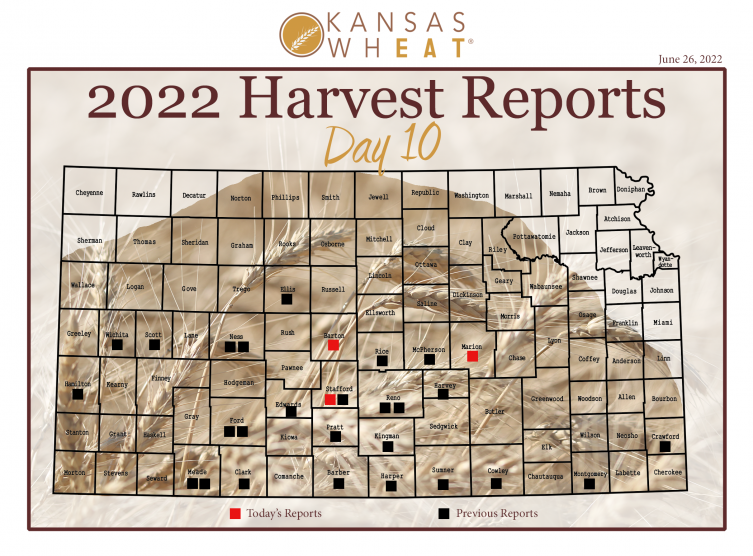