The Kansas Department of Agriculture today announced the results of the elections held for the state’s five grain commodity commissions — corn, grain sorghum, soybean, sunflower and wheat — in districts One, Two and Three in the western region of the state. Commissioners serve three-year terms and the terms will commence on April 1, 2018. 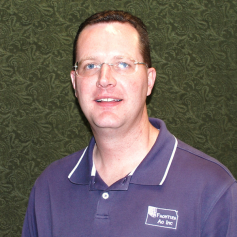 District One: Brian Linin grows wheat in Sherman County. He is a member of the Kansas Wheat Commission, currently acting as chairman. Linin is a current or past member of several community organizations, including the Goodland City Commission, Goodland Area Chamber of Commerce, and multiple area civic and advisory boards.  Linin is a graduate of Kansas State University with a B.S. in mechanical engineering and of Oklahoma State University with an MBA. 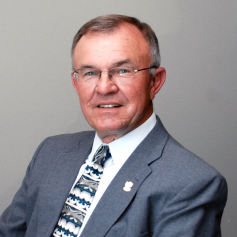 District Two: Ron Suppes is a wheat and sorghum farmer from Lane County. He is actively involved in several associations and is a current member of the Kansas Wheat Commission, Kansas Association of Wheat Growers, and National Association of Wheat Growers. Suppes currently serves in leadership roles for U.S. Wheat Associates, Farmer Direct Foods, and U.S. Department of Agriculture/U.S. Trade Representative. Suppes graduated from Fort Hays State University with a B.S. in art and an M.S. in secondary school administration. 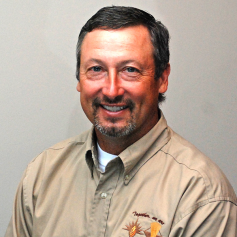 District Three: Gary Millershaski grows wheat in Kearny County. He is active in several associations, including the Kansas Wheat Commission, Kansas Association of Wheat Growers, and National Association of Wheat Growers. He has also served as a member of the James Draw Watershed Board and the Lakin Board of Zoning Appeals and is involved with local 4-H, Research and Extension, and church activities. Millershaski is a graduate of Garden City Community College.

District One: Brian Baalman is a corn farmer from Sheridan County. He is a current member of the Kansas Corn Commission, as well as an active member of the Kansas Corn Growers Association. Baalman is involved in the U.S. Grains Council and the U.S. Meat Export Federation and was instrumental in the start of Western Plains Energy in Oakley, Kansas.

District Two: Dennis McNinch is a fourth-generation corn farmer from Ness County, currently serving as the chairman of the Kansas Corn Commission. McNinch is a member of the Kansas Corn Growers Association, National Corn Growers Association, and Utica United Methodist Church.  He graduated from Southwestern College with a bachelor’s in business administration.

District Three: Steve Rome is a corn farmer from Stevens County. Rome is a member of the Kansas Corn Commission, currently serving as secretary. He is a member of the Kansas Corn Growers Association, Stevens County Extension Board, State Extension Advisory Board, and Kansas Farm Bureau. Additionally, he has served on the Ogallala Task Force and helped start nonprofit gas utilities for irrigation in southwest Kansas. Rome received his bachelor’s degree from Fort Hays State University.

No candidates ran for commissioner in Districts One, Two or Three. The Kansas Grain Sorghum Commission will appoint these positions.

District One/Two/Three: Kurt Maurath grows soybeans in Logan County. Maurath is a member of the Kansas Soybean Commission, currently acting as the chairman. He is a current or past member of several commodity and community organizations, including Kansas Farm Bureau, Kansas Soybean Association, Kansas Corn Association, Kansas Wheat Association, and the Golden Prairie District Extension Advisory Board. Maurath graduated with a bachelor’s degree in agriculture from Kansas State University.

No candidates ran for commissioner in Districts One, Two or Three. The Kansas Sunflower Commission will appoint these positions.