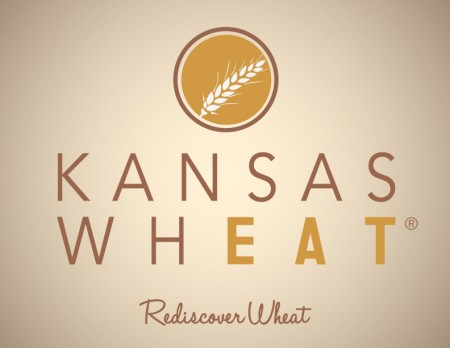 Monday, July 13 will be the next and final 2020 Kansas Wheat Harvest Report.

Adrian Polansky, who farms near Belleville in Republic County, reported that harvest began on June 30, with the northern part of the county about 25% harvested and the southern part close to halfway done. So far Polansky has 1650 acres to go, with three combines in the fields working hard to get all of their wheat cut before they are hit with more rain. They have been facing challenges of high humidity and rain showers which doesn’t make for ideal harvest weather. Generally, they start harvest on June 23 or 24, but this year they were forced to start later due to weather. In the spring they were faced with a hard freeze, delaying the maturity and making it more variable in the fields. Yields are in the mid-40s, with not many tillers.

Chris Tanner, who farms near Norton, started harvest on July 1, with 40% harvested so far and still six days to go until they are finished. This year they started a week late. Protein levels were showing in the range of 12.7 to 13.9%. Yields are average, ranging from 20 to 65 bushels per acre. Compared to the last three years, yields are 40% less. Test weights have been variable because the freeze killed most of the tillers and there was dry, hot wind when the wheat was going through grain fill. Test weights are ranging from 54 to 65 pounds per bushel, depending on the stage of development when the heat came through. Tanner said one of the varieties that stood out was SY Bob Dole, which shows good signs of stability and residue for the next crop.

“This year was one of the most difficult growing seasons with the dry fall,” he said. “Some wheat did not emerge till the spring.”

Roger May, who farms near Oberlin in Decatur County, started harvest on July 2. As of July 7, farmers in the area are about halfway done with harvest. Protein levels were anywhere from 10.3 to 11%. The wheat is shorter this year due to the Easter freeze. In addition, the plants have stayed green longer. May reported yields of 35 to 55 bushels per acre, which is down from the last few years. Farmers hope to be done with harvest by the end of the week. 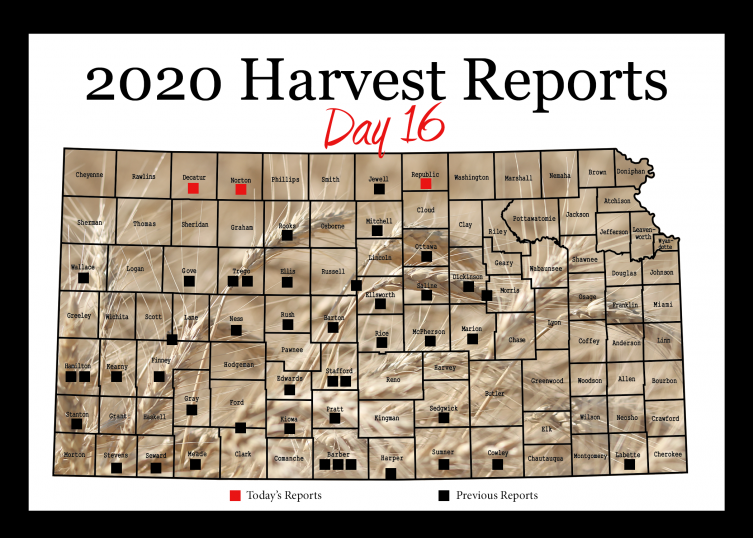